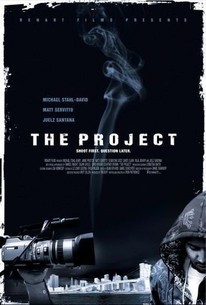 Three filmmakers attempting to shoot a gritty documentary about life in the inner city find their mission complicated as the best friend of one of their subjects attempts to take center stage in the film, drawing the trio behind the camera directly into the very world they were attempting to observe objectively. Brooklyn-based filmmakers Justin, Dana, and John were determined to make their mark in the film industry by crafting a film that allows the viewer to experience firsthand the hardships of living in the city. While Justin chooses to hit the beat with NYPD cops Dan Masterson and Alex Mora (the latter of whom is currently aiding his son in a valiant fight against cancer) his partners opt to focus on telling the tale of Thomas Coventry - an underprivileged African American youth who seems poised to break the cycle of poverty that has plagued his family for generations. When Thomas' unstable friend Nate complicates the situation, however, violence and emotion quickly threaten to cloud the filmmaker's objectivity.

The Project
as Special appearance

Critic Reviews for The Project

Audience Reviews for The Project