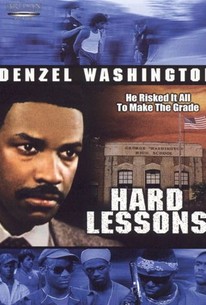 This made-for-TV drama was based on the true story of George McKenna (played by Denzel Washington in one of his first leading roles), an educator in Los Angeles who faced the greatest challenge of his career when he was named Principal of George Washington Memorial High School. Located in a run-down inner-city neighborhood, Washington High was being torn apart by gang violence and drug dealing, and much of the student body seemed more interested in surviving the day than in learning. McKenna was determined to make Washington High a safe place where students could get a quality education which would allow them to go to college if they so desired, but he soon realized he was facing an uphill battle, having to deal not only with gangs and delinquent students, but apathetic teachers and parents too busy or unconcerned to help in the education of their kids. The George McKenna Story also stars Lynn Whitfield, Debra Artis, and Richard Masur; after Denzel Washington's later rise to superstar status, the film was rereleased on home video under the title Hard Lessons.

There are no featured audience reviews for The George McKenna Story at this time.