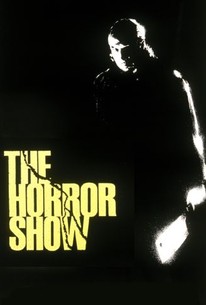 This muddled attempt at creating a new supernatural serial killer franchise (in the mode of Freddy Krueger in the Nightmare on Elm Street series) features perennial movie thug Brion James as sadistic mass murderer Max Jenke, who hacked up more than 100 victims with a meat cleaver before his eventual capture by dedicated cop Lucas McCarthy (Lance Henriksen). Unwilling to cease his homicidal spree after his death, Jenke had been conducting bizarre experiments in soul-transference prior to his capture; his execution in the electric chair subsequently transforms his evil essence into electrical current. In this new form, the seemingly unstoppable maniac launches a supernatural siege against McCarthy and his family until the tormented cop finally faces him down on his own nightmare turf. Originally conceived as another House sequel, this film consists of long periods of tedium punctuated by outbursts of graphic gore and surreal effects. This condition is partially the result of footage being shot by two separate directors; it seems as if neither of them knew what the other was doing. James is amusingly sleazy as the cackling madman, but his one-note material is not compelling enough to merit a recurring character.

Critic Reviews for The Horror Show

Audience Reviews for The Horror Show