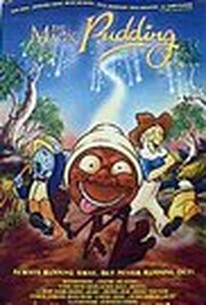 One of Australia's best-loved children's books is brought to the screen in this animated comedy-adventure from down under. Bunyip Bluegum (voice of Geoffrey Rush) is a koala bear who has lost his parents and can't find them. While many of his friends and relatives fear that Bunyip's folks are dead, Bunyip is certain they're still alive, and sets out on the road to find them. In his travels, Bunyip makes several new friends, including landlocked sailor Bill Barnacle (voice of Hugo Weaving), a penguin named Sam Sawnoff (voice of Sam Neill), and Albert (voice of John Cleese), a magical pudding who can change flavors at will and never runs out, no matter how much people eat him. But the mean-spirited wombat Buncle (voice of Jack Thompson) discovers Albert and decides he wants the magical pudding all for himself, and Sam, Bill, and Bunyip must come to his rescue. The Magic Pudding is based on the illustrated children's story by Norman Lindsay, who outside Australia is best known for his more controversial artwork for grown-ups; his paintings favored sensual depictions of nude women, and his story later formed the basis of the 1994 film Sirens, in which Sam Neill played Lindsay. Toni Collette and Dave Gibson also contribute to The Magic Pudding's voice cast. ~ Mark Deming, Rovi

Mary Coustas
as Ginger
View All

Critic Reviews for The Magic Pudding

There are no critic reviews yet for The Magic Pudding. Keep checking Rotten Tomatoes for updates!

Audience Reviews for The Magic Pudding

There are no featured audience reviews for The Magic Pudding at this time.