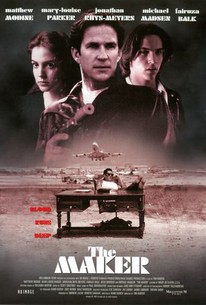 Tim Hunter, the director of River's Edge, returned with another powerful story of troubled teenagers struggling to find their way out of moral and legal limbo. High school senior Josh Minell (Jonathan Rhys Myers) has strong academic skills, but he spends his nights hanging out with a group of delinquents sniffing glue, committing petty theft, and wondering if his life is ever going to get better. His best friend is Bella (Fairuza Balk), a girl with a fondness for cheerleaders; Josh's own infatuations are for Emily Peck (Mary-Louise Parker), a female police officer. Josh's strong grades would make him a good bet for college, but on his 18th birthday, Walter Schmeiss (Matthew Modine) arrives at Josh's door with startling news -- he's Josh's older brother, who left home ten years earlier. Walter makes his living as a thief, and he want to test Josh to see if he can handle the job himself. Screenwriter Rand Ravich co-produced the film and appears in a supporting role.

Jesse Borrego
as Felice A. Beato

Shannon Escher
as Cheerleader
View All

Critic Reviews for The Maker

Audience Reviews for The Maker

There are no featured audience reviews for The Maker at this time.