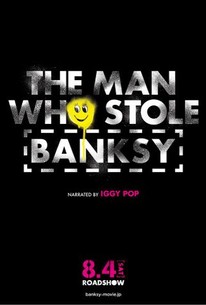 The Man Who Stole Banksy

It is 2007. Banksy and his team enter Bethlehem and the occupied territories of Palestine and start to leave their signature artwork across the West Bank walls. The anonymous, pacifist street artist and the country scarred by war on a constant search for consensus and solidarity: it should have been love at first sight. But something went wrong. Among the artworks Banksy and his team left in the streets of Bethlehem, one in particular, the mural of an Israeli soldier asking a donkey for its papers incites fury: it's one thing to enter the territory and start working without even introducing yourself to the community, but it's quite another to depict them as asses for all the world to see. Local taxi driver Walid steps in and with the support of the community and a water-jet stone cutter cuts out the offending wall. His declared aim: to put it on Ebay and sell it to the highest bidder. We follow the journey of that big piece of concrete from the dusty streets of Bethlehem, across the ocean, to posh western auction houses, where it is put on sale to private collectors. In a sense, that wall is our central character and through it we discover a much larger story, that of a secret art market of walls, stolen from around the world.

Critic Reviews for The Man Who Stole Banksy

Audience Reviews for The Man Who Stole Banksy

There are no featured audience reviews for The Man Who Stole Banksy at this time.

The Man Who Stole Banksy Quotes