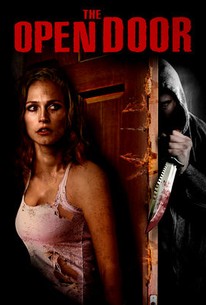 A mysterious pirate radio host with the power to grant wishes wrecks havoc on a group of high school teenagers caught up in the cut-throat race for popularity. Angelica (Cathrine Georges) is a pretty but naïve high school senior who has recently fallen under the spell of Staci (Sarah Christine Smith), a popular girl whose bad influence is beginning to rub off on her. Meanwhile, as her parents voice their concerns about the friendship, Angelica starts to develop a major crush on friendly football player Brad (Mike Dunay). But charismatic Owen (Ryan Doom) is determined to have Angelica all to himself. With the full moon lighting up the night sky and football frenzy kicking into overdrive, Angelica gets grounded by her parents, and toys with the temptation to sneak out and party with her friends. She's convinced that Brad is bound to hook-up with bad girl Heather, and in desperation she phones in to the pirate radio program to ask the host for advice. Much to her surprise, Angelica is informed by the Oracle that everything will work out in the end. But Owen's mischievous pal Spike (Daniel Booko) has just learned that Angelica is all alone in her house for the night, and when the boys stop by to play an elaborate prank on their credulous classmate, all hell breaks loose.

Critic Reviews for The Open Door

Audience Reviews for The Open Door