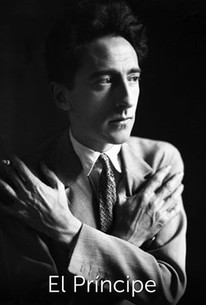 A man who has embraced treachery as a way to get ahead finds that it can also be his downfall in this suspense drama. Roy Timmons (Michael Riley) is an executive at a large toy company who is bright, talented, and hard-working. But he lacks the killer instinct to get ahead in business, and he is often bested by the company's aggressive VP Marshall Stern (Henry Silva) and Stern's right hand (and lover) Ruth DiMarco (Alex Morrison). Tired of being walked on and fearful of losing his job, Roy makes the acquaintance of Jamie Hicks (Billy Dee Williams), a bartender who is a student of Machiavelli's "The Prince" and has some ideas on how to get ahead in the business world. With the help of his accountant friend Ted (Duane Taniguchi), Roy is able to juggle a few figures that make it look as if the company is in crisis thanks to Stern's malfeasance, and forces through some paperwork that will result in a transfer for Ruth. Roy's schemes help him climb the corporate ladder with impressive speed, but his new power comes with a price -- he has to fire his pal Ted, Ruth is eager to get the goods on him and bring him down, Roy's wife thinks that he's neglecting her, and he develops a taste for drugs, fueling a newfound paranoia that eventually erupts in violence. The Prince was the first feature for director Pinchas Perry.

Lou Rawls
as Himself

Jess Gargiulo
as Cop
View All

Critic Reviews for The Prince

There are no critic reviews yet for The Prince. Keep checking Rotten Tomatoes for updates!

Audience Reviews for The Prince

There are no featured audience reviews for The Prince at this time.