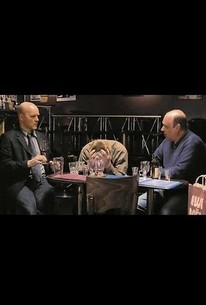 Three old friends approaching middle age ponder the inability to connect to the ones they love most, ultimately deciding to drown their sorrows together on Christmas Eve following a chance meeting in a local hospital. Expectant father Matti is completely paralyzed by how own self-doubt. Likewise, his old friend Erkki has always been considered a smooth-talking ladies man, though his battle with a mystery illness and estrangement from his young son have both left him with some fairly serious psychic wounds. Rounding out this dejected trio is Rauno, a once-promising actor whose career in Paris went nowhere, and who has returned to Helsinki in hopes of reconnecting with his twenty-something son. After crossing paths for the first time in years at a Helsinki hospital, the trio strong-arms the owner of a karaoke bar to let them in for the evening. As Matti, Erkki, and Rauno drink and sing their way to Christmas Day, the breakdown of masculine barriers clears the way for emotional breakdowns, heartfelt revelations, and a possible shot at redemption.

There are no critic reviews yet for Kolme viisasta miestä (Three Wise Men). Keep checking Rotten Tomatoes for updates!

There are no featured audience reviews for Kolme viisasta miestä (Three Wise Men) at this time.