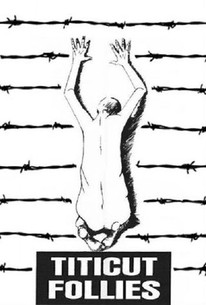 Frederick Wiseman made his documentary debut with this controversial 84-minute survey of conditions that existed during the mid-'60s at the State Prison for the Criminally Insane in Bridgewater, Massachusetts. Made in 1967, the film was subjected to a worldwide ban until 1992 because the Massachusetts Supreme Judicial Court ruled that it was an invasion of inmate privacy. The film goes behind the walls to show stark and graphic images exposing the treatment of inmates by guards, social workers, and psychiatrists. The title refers to a musical revue staged by inmates and guards. Richard Schickel, writing in Life, stated, "The repulsive reality revealed in Titicut Follies forces us to contemplate our capacity for callousness." The documentary was cited as the "Best Film Dealing with the Human Condition" at the 1967 Festival Dei Popoli (Florence) and also honored as the "Best Film" at the 1967 Mannheim International Filmweek. Robert Coles (The New Republic) wrote, "After a showing of Titicut Follies the mind does not dwell on the hospital's ancient and even laughable physical plant, or its pitiable social atmosphere. What sticks, what really hurts is the sight of human life made cheap and betrayed." The story behind the complicated legal issues raised by this film and the attempts to suppress it are detailed by Carolyn Anderson and Thomas W. Benson in their book, Documentary Dilemmas: Frederick Wiseman's "Titicut Follies" (Southern Illinois University Press, 1991).