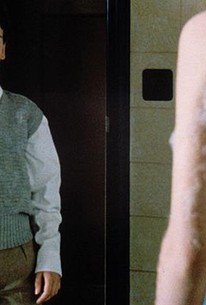 Former circus performer Jaco Van Dormael made his feature-film directing bow with the Belgian/French/German coproduction Toto Le Héros. The title character is an fictional supersecret agent, idolized by a young boy named Thomas. The lad aspires to become Toto when he grows up; but thanks to a kaleidoscope of flashbacks and flashforwards, we know that he'll end up ordinary and unfulfilled. The film hopscotches between the Three Ages of Thomas: wide-eyed youngster, mediocrity-mired adult, bitter old man. The elder Thomas has never gotten over his childhood traumas and hatreds. He was always jealous of his wealthy boyhood friend Alfred, fantasizing that he and his chum were switched at birth. At the end, the aged Thomas escapes from a senior citizens' home -- an act which leads to Fate dealing its final ironic blow.

Michel Bouquet
as Thomas as an Old Man

Jo De Backer
as Thomas - As an Adult

Thomas Godet
as Thomas - As a Child

Gisela Uhlen
as Evelyne - As an Old Woman

Mireille Perrier
as Evelyne as an Adult

Peter Böhlke
as Alfred - As an Old Man

Didier Ferney
as Alfred - As an Adult

Michel Robin
as Alfred As an Old Man

Hugo Harold Harrisson
as Alfred - As a Child

Pascal Duquenne
as Celestin-As an Adult

Bernard Yerlès
as Man in the Train