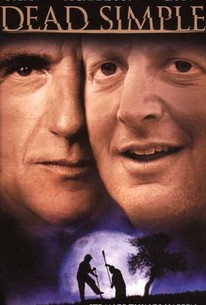 A small-time loser who dreams of the big time discovers just how far wrong a good deed can take him in this black comedy. Frank Jacobs (Daniel Stern) is a guy with perennial bad luck living in a small town in Kansas, where he runs a gone-to-seed motel and is married to Helen (Patricia Richardson), a shrewish woman with a sharp tongue and little affection for her husband. Frank's great dream is to make a career for himself as a country and western singer, and while scrambling for a spot during an open mike night at a roadhouse, he makes the acquaintance of Julie (Lacey Kohl), a fellow singer who is married to past-prime C&W star Roy Baker (James Caan). After a quarrel, Roy leaves Julie by the side of the road, and Frank offers to give her a place to stay for the night. Helen is certain Julie's a home wrecker, and a serious argument erupts between Helen, Frank, and Julie; a gun goes off, and Helen is dead. Certain there's no easy way to explain Helen's death, Frank and Julie bury her in the backyard, and Frank soon finds himself having a fling with the attractive young singer. But before long, Roy arrives, eager to take Julie back whether she likes the idea or not, and matters are complicated when Helen's twin sister Wanda (also played by Richardson) arrives, determined to find out what's become of her sister. Viva Las Nowhere (also shown as Dead Simple) also stars Sherry Stringfield as another aspiring singer.

Daren Christoffersen
as Trooper
View All

There are no featured audience reviews for Viva Las Nowhere (Dead Simple) at this time.