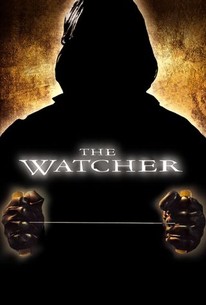 The Watcher has Keanu Reeves cast against type, but the movie is short on thrills, suspense, and believability.

A detective is urged on by the lunatic he's trying to put behind bars in this crime thriller. Joel Campbell (James Spader) is a police detective who has recently relocated to Chicago after spending eight frustrating years trying to track down a vicious serial killer who has been terrorizing Los Angeles. However, the slayer, David Allen Griffin (Keanu Reeves), doesn't want the game of cat and mouse to end; even though he previously put his murderous activities on hold, Griffin has started murdering young women again -- and is sending clues to Campbell, mailing him photos of his intended victims and urging Campbell to save them while he still can. Also starring Marisa Tomei, Ernie Hudson, and Chris Ellis, The Watcher was directed by Joe Charbanic. It marked Charbanic's first feature project after directing videos for a number of alternative rock groups, including Soul Coughing, Sonic Youth, and Reeves' band, Dogstar. The film was produced under the title Driven. ~ Mark Deming, Rovi

Scott Benjaminson
as Guest
View All

Critic Reviews for The Watcher

Audience Reviews for The Watcher