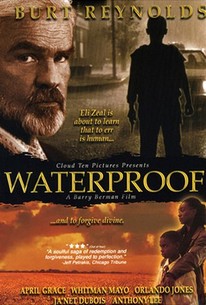 A woman dealing with a family crisis learns about faith and an elderly man learns about tolerance and forgiveness in this Christian drama. Tyree Battle (April Grace) is a single mother trying to raise her 11-year-old son Thaniel (Cordereau Dye) on her own in a rough-and-tumble neighborhood in Washington, D.C. Thaniel, like many of his friends, has fallen under the influence of a violent street gang, and, against his better judgment, he becomes involved in a robbery attempt on a local store. Shopkeeper Eli Zeal (Burt Reynolds), a Jewish immigrant who settled into the neighborhood years ago and refuses to leave, won't cooperate with the would-be thieves, and in the confusion, Thaniel shoots him. Eli is seriously wounded and unable to care for himself; hoping Eli won't turn her son into the police, and thinking it's best that they both stay away from the police and the gangs for a while, Tyree brings the wounded shopkeeper along as she and her son pay a visit to her family in Waterproof, LA. As Grandpa Sugar (Whitman Mayo) helps look after Eli and Thaniel gets to know his Uncle Big (Anthony Lee) and Cousin Natty (Orlando Jones), Tyree tries to mend her strained relationship with her mother (Ja'net DuBois), and learns about the faith that has helped keep her family together. Waterproof was the first feature film directed by former screenwriter Barry Berman.

There are no critic reviews yet for Waterproof. Keep checking Rotten Tomatoes for updates!