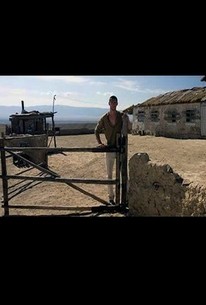 An idealistic physician takes on a difficult assignment that challenges both his skills and his conscience in this drama. Dmitry Vasillevich (Oleg Dolin) is a young doctor who has a promising career ahead of him and is engaged to marry a beautiful woman who loves him. However, for reasons that puzzle many of his friends, Vasillevich has set up a practice in a remote village in the Russian steppes, where he's the only doctor in town and looks after a handful of eccentric patients (and on occasion their pets and farm animals as well). The village has only one police officer, and the law holds little sway over the people who live there, but Vasillevich struggles to bring a positive influence to the community and please the shadowy mentor who occasionally pays him a visit. But Vasillevich's difficult life on the prairie takes an unexpected turn when his fiancée arrives for an visit and shares some news -- she met another man who she intends to marry. Dikoe Pole (aka Wild Field) was an official entry at the 2008 Venice Film Festival. ~ Mark Deming, Rovi

There are no critic reviews yet for Wild Field (Dikoye Pole). Keep checking Rotten Tomatoes for updates!

There are no featured audience reviews for Wild Field (Dikoye Pole) at this time.