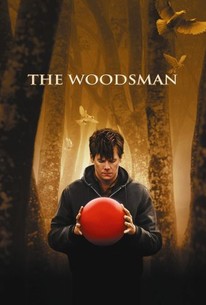 Kevin Bacon's performance as a pedophile who is trying to start fresh has drawn raves from critics, who have praised the Woodsman as compelling, creepy, complex and well-crafted.

After twelve years in prison, Walter arrives in an unnamed city, moves into a small apartment across the street from an elementary school, gets a job at a lumberyard, and mostly keeps to himself. A quiet, guarded man, Walter finds unexpected solace from Vickie, a tough-talking woman who promises not to judge him for his history. But Walter cannot escape his past. A convicted sex offender, Walter is warily eyed by his brother-in-law, shunned by his sister, lives in fear of being discovered at work, and is hounded by a suspicious local police officer, Detective Lucas. After befriending a young girl in a neighborhood park, Walter must also grapple with the terrible prospect of his own reawakened demons.

Liam Daniels
as Boy at Playground

Ashley C. Coombs
as Girl on Bus
View All

News & Interviews for The Woodsman

Kevin Bacon’s Best-Reviewed Movies
Natalie Portman Will Do Naked in Next Film
Better Late Than Never: The Slamdance ’06 Awards!
View All

Critic Reviews for The Woodsman

Audience Reviews for The Woodsman