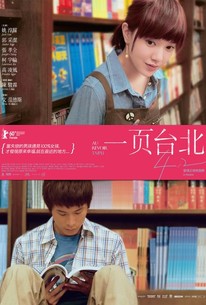 Comedy, romance and action come together in this wild tale set in Taiwan. Kai (Jack Yao) is a poor but upbeat young man who works in his parents' noodle shop and is in love with Faye, a beautiful girl from France who plans to return to Paris some day. Kai spends his spare time hanging out at a bookstore, where he haunts the language section, skimming the French textbooks he can't afford to buy, and catching the eye of cute sales clerk Susie (Amber Kuo). When Kai gets word that Faye has left for Paris, he's desperate to follow her, and when neighborhood mob kingpin Brother Bao (Frankie Gao) offers Kai an airline ticket to France in exchange for taking a package along with him, he agrees without asking too many questions. However, on the night before Kai flies to Europe, he heads out for dinner with his pal Gao (Paul Chiang), bumps into ever-loyal Susie, and is soon caught up in a bizarre web of Bao's criminal dealings and police who are trying to bust him once and for all. Yiye Taibei (aka Au Revoir Taipei) was the first feature film from Arvin Chen, an Asian-American director who worked with an international production team. ~ Mark Deming, Rovi

There are no featured audience reviews for Yi ye Taibei (Au revoir Taipei) at this time.