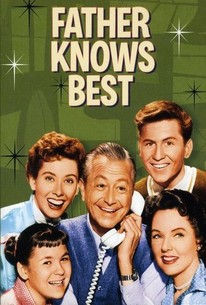 Perhaps the quintessentially comforting '50s sitcom, about the Anderson family---rock-steady Jim, sensible wife Margaret, and their kids Betty, Bud and Kathy---in the Midwestern town of Springfield. The series was adapted from a radio program, also starring Robert Young, that began in 1949. When CBS canceled the show in 1955, fan protests led to NBC picking it up and nurturing it into a hit. In fact, repeats aired in prime time for three years after the production of its last original episode.
Starring: Robert Young, Jane Wyatt, Elinor Donahue