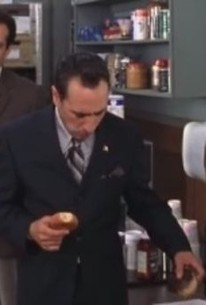 When his germophobia causes him to bungle a murder investigation and accidentally destroy valuable evidence, Monk's detective's license is revoked by Mr. Brooks (Saverio Guerra), San Francisco's ill-tempered new police commissioner. As Monk (Tony Shalhoub) scrambles around for a new job, Stottlemeyer (Ted Levine) and Disher (Jason Gray-Stanford) attempt to pin the murder on a man named Paul Harley (Brennan Elliott)--while the irascible Commissioner is plagued by a mysterious assailant who repeatedly tries to steal his hat! Ultimately, Monk digs up a connection between the killer and the hat thief, just as his friends at the Police Force stumble upon a foolproof (and hilarious) method to get our hero's job back. 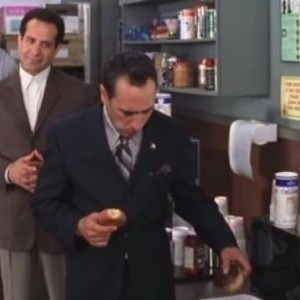