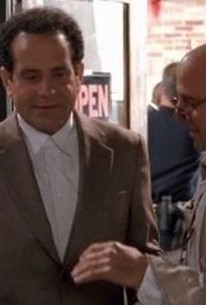 Season Five of Monk begins as San Francisco's most efficient--and most obsessive-compulsive--private detective Adrian Monk (Tony Shalhoub) finds himself the central character of an upcoming movie. Much to Monk's relief, he won't be forced to play himself: Instead, the role of Monk has gone to Hollywood superstar David Ruskin (Stanley Tucci). Unfortunately, Ruskin is one of those method actors who insists upon meticulous pre-film research, and soon he is relentlessly dogging Monk's trail during a murder investigation. At first, Monk doesn't seem to mind, and actually enjoys showing off for Ruskin's benefit--but things take a sinister turn when Ruskin so loses himself in the role of "Adrian Monk" that he tries to exact his own personal vengeance against a suspect in the long-ago murder of Monk's wife Trudy!

Mr. Monk and the Actor Photos 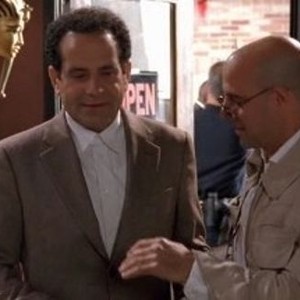