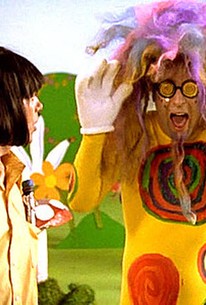 Oh, You Men
Mr. Show With Bob and David Season 3

This is the "lost episode" of Mr. Show. Bob Odenkirk and David Cross plan to have a "uniformed official" lose the episode after they finish taping. The Mayor of Television (John Ennis) himself comes out on-stage to cut a ceremonial ribbon, proclaiming, "Here's to future nostalgia." This episode documents a feud between East Coast and West Coast ventriloquists, which, reminiscent of Tupac Shakur and Biggie Smalls, has become violent. There's also "The DeLongpre Dannon Show," a talk show on which one guest (Bob) thinks he's a pregnant teenager, and another (David) thinks he's a seven-foot-tall psychiatrist. It turns out David's character also thinks he's an irate audience member, as he runs into the audience to offer his opinion -- "Fake girl, you oughtta be able to have your imaginary baby!" In another sketch, Bob and David play Sam and Criminy Craffft, (obviously based on H.R. Pufnstuf creators Sid and Marty Krofft) two former hippies responsible for creating children's television programs in the early '70s. They show a clip from the unaired show that got them fired, which takes place in "The Altered State of Druggachusettes." This hilarious parody features David as Billy, a British-accented boy with a talking bong, who is lost in a candy-colored world of talking pills and potheads. Tom Kinney does a Charles Nelson Reilly impression as Professor L.S.D. Trails, who tries to help Billy and his friends (including a giant talking tab of acid named "Hallucino-Jenny") order a pizza. 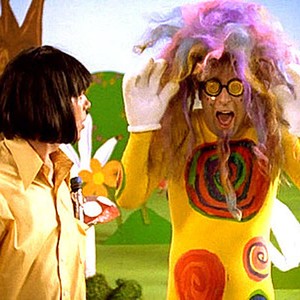