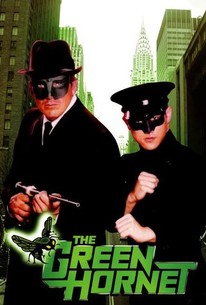 Adventures of the masked crimefighter and his assistant Kato that tried to duplicate the success of ABC's other dynamic superhero, `Batman,' which had premiered earlier in the year. This series, an adaptation of a radio show, was played more seriously, though, and while it had its own style and received some praise, it languished in a Friday time slot and was canceled after one season. It became a cult favorite later, thanks largely to future martial-arts legend Bruce Lee, who played Kato.
Starring: Van Williams, Bruce Lee, Wende Wagner