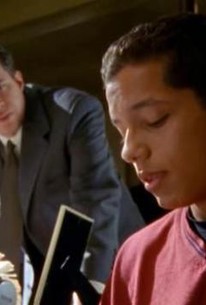 Our Gang
The Shield Season 1

Danny (Catherine Dent) shows up at the hospital, where Aceveda (Benito Martinez) gives everyone the news that Crowley (Reed Diamond) is dead. Acevedo wants to conduct his own investigation, but Assistant Chief Gilroy (John Diehl) tells him to let IAD handle it. Danny offers Mackey (Michael Chiklis) a shoulder to cry on, and lets her rookie partner, Julien (Michael Jace) know that in the wake of a cop killing, they have to let people on the street know who's in charge. Acevedo finds out that his contact told others at the Justice Department that Crowley was helping them investigate Mackey. Acevedo suspects that Mackey was responsible for Crowley's death, and vows to bring him to justice. Shane (Walton Goggins) gets a little shaky at Crowley's funeral, and Mackey warns him to keep his cool. Dutch (Jay Karnes) and Wyms (CCH Pounder) interrogate a young gang member suspected of murdering a street vendor who had stopped paying protection money. Acevedo gets Dutch to help him interrogate Shane, who he recognizes as the weak link in Mackey's chain. Gilroy makes Acevedo back off. Mackey assures Gilroy, who told him about the Justice Department probe, that Crowley's shooting was a "bust gone bad." Julien is coerced into a sexual initiation rite by his fellow officers. This episode was directed by Gary Fleder (Kiss the Girls). 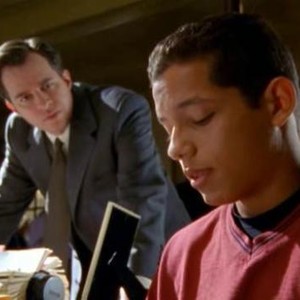