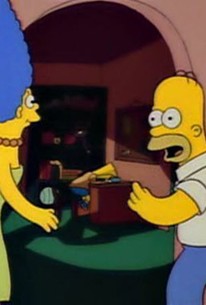 Bart Gets an F
The Simpsons Season 2

While Bart Simpson (voice of Nancy Cartwright) has never been a star student, his grades have been slipping even further than usual, and his teacher Mrs. Krabappel (voice of Marcia Wallace) warns him that if his marks don't improve, he might fail history and be left back rather than graduate to the fifth grade. Bart intends to study before his big test, but Homer (voice of Dan Castellaneta) persuades him to watch some television with him first; by the time Bart finally cracks his books, he's nearly fallen asleep. The next morning, Bart is convinced he can't pass and fakes being sick; Bart gets answers for the test from Milhouse (voice of Cartwright), but Milhouse turns out to be a bad choice, and Bart gets an F. Desperate to pass his class, Bart makes a deal with class brain Martin (voice of Russi Taylor) -- if Martin shows Bart how to be smart, Bart will show Martin how to be cool. Martin, however, turns into a party animal and fails to live up to his end of the bargain, and Bart prays to God for a reprieve on his test. To Bart's astonishment, a freak snowstorm causes school to be cancelled the next day, and while all his friends are out having fun, Bart studies like he's never studied before in a last-ditch attempt to pass the fourth grade. "Bart Gets an F" was first aired on October 11, 1990.

Bart Gets an F Photos 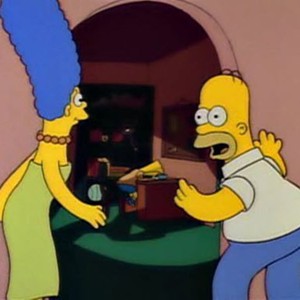