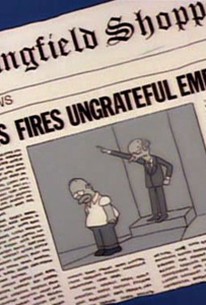 Bart Gets Hit by a Car
The Simpsons Season 2

One day, while riding his skateboard, Bart (voice of Nancy Cartwright) is hit by a car, and after a near-death experience (during which he pays a brief visit to Heaven, only to descend into Hell after spitting over the railing) he regains consciousness in the hospital. Homer (voice of Dan Castellaneta) learns that the car was being driven by C. Montgomery Burns (voice of Harry Shearer), who offers to give the Simpsons $100 in compensation if they agree not to sue (which is at least an improvement over his thoughts immediately after the accident: "For crying out loud! Just give him a nickel and let's get going!"). Homer is outraged and hires sleazy lawyer Lionel Hutz (voice of Phil Hartman), who is certain he can get a one million dollar claim from Burns with the help of less-than-scrupulous physician Dr. Nick Riviera (voice of Hank Azaria). However, in order to clinch the case, several of the Simpsons will have to stretch the truth under oath, something that Marge (voice of Julie Kavner) is reluctant to do. Mr. Burns' legal team offers Homer $500,000 to settle out of court, which Marge urges him to accept; Homer decides to go for the full million, but Marge's testimony tips the case in Burns' favor. Crestfallen, Homer wonders out loud if he'll ever be able to love Marge again after she cost him a million bucks. "Bart Gets Hit By a Car" was first aired on January 10, 1991.

Bart Gets Hit by a Car Photos 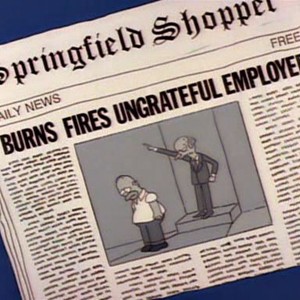