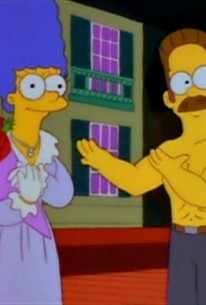 Looking for something to break the monotony of her life as a housewife, Marge Simpson (voice of Julie Kavner) auditions for the Springfield Community Center's upcoming production of Streetcar! -- a musical adaptation of A Streetcar Named Desire. The director, melodramatic Llewllyn Sinclair (voice of Jon Lovitz), isn't impressed at first by Marge's audition, but after hearing her talk to Homer (voice of Dan Castellaneta), he's convinced she's just the woman to play Blanche DuBois opposite Ned Flanders (voice of Harry Shearer), who was cast because he looks better with his shirt off than anyone else who tried out. Homer doesn't think much of Marge's new interest in theater, and her anger at her husband gives her performance a keen emotional edge, but will this rift in their marriage prove irreparable? Meanwhile, since Marge is busy with rehearsals, she sends baby Maggie to a daycare center, the Ayn Rand School for Tots, where the staff is determined to keep the children away from their pacifiers; Maggie, however, isn't about to give it up without a fight. A Streetcar Named Marge first aired on October 1, 1992. 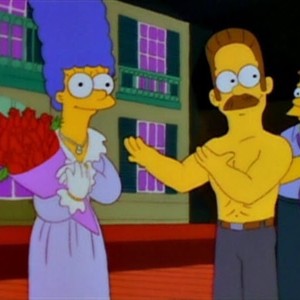