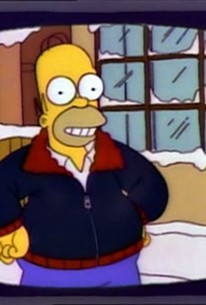 After Homer Simpson (voice of Dan Castellaneta) totals both family cars in an accident following an evening drinking at Moe's Tavern, he's in the market for a new vehicle, and decides to visit the Springfield Auto Show to see what's available. Homer is fast talked into buying an expensive four-wheel-drive truck with a snowplow attachment, but he's convinced he can make the truck pay for itself by renting out his services plowing driveways. Homer throws together a low-budget television commercial advertising his "Mr. Plow" service, and after a snowstorm hits Springfield, business is quickly booming. However, Homer's booze-infused best friend Barney Gumble (also voiced by Castellaneta) feels like he's not accomplishing much compared to his pal, and Homer encourages Barney to make something of himself by following his example. Barney follows his advice all too closely -- he buys a snowplow of his own, dubs himself "The Plow King," persuades his old friend Linda Rondstat to sing a jingle in his commercial, and soon drives off with nearly all of Homer's customers. Homer is more than a bit disappointed with Barney, turning old friends into bitter rivals. "Mr. Plow" also features a guest appearance from Batman star Adam West at the Auto Show; the episode first aired on November 19, 1992. 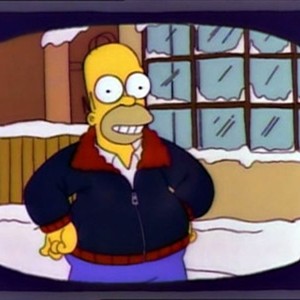 ... it was a perfectly told story making the most of all the things that made The Simpsons great in these early seasons.