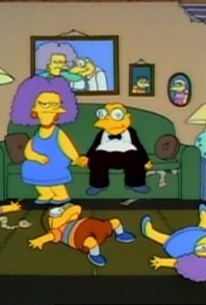 After the death of their somewhat beloved Aunt Gladys, Marge Simpson (voice of Julie Kavner) and her husband, Homer (voice of Dan Castellaneta), and children, Bart (voice of Nancy Cartwright), Lisa (voice of Yeardley Smith), and Maggie, attend the funeral with Marge's sisters, Patty and Selma (both also voiced by Julie Kavner). In her videotaped will, Aunt Gladys urges Patty and Selma not to remain childless and die alone, advice Selma takes to heart. However, the less-than-glamorous Selma has a hard time attracting eligible men, and after a number of humiliating experiences with dating services, Selma considers resorting to artificial insemination. On the day of a family outing to the Duff Gardens theme park, Homer falls ill and Marge asks Selma to take the kids to Duff Garden, imagining spending the afternoon watching over the kids would be good training for a future mom such as Selma; however, Selma soon learns parenthood is more complex than she imagined. "Selma's Choice" was first aired on January 21, 1993. 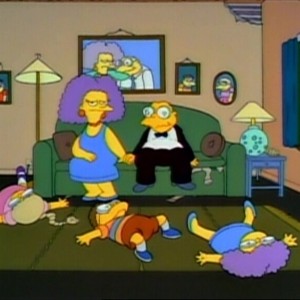