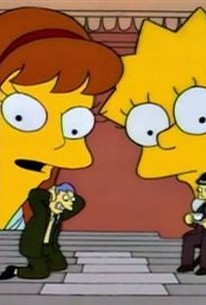 Lisa Simpson (voice of Yeardley Smith) is used to being the star student at Springfield Elementary School, but when a new student arrives, for the first time Lisa has a true rival in her intellectual powers. Allison Taylor (voice of Winona Ryder) is bright, a top student, and even a gifted saxophone player, and while Lisa ought to be friends with Allison, she's confused and a bit angry at the notion of being second best for the first time. After taking the first chair in the school band's saxophone section away from Lisa, Allison looks to be a shoo-in to win the coveted diorama competition; unable to beat Allison's best efforts, Lisa accepts an offer from Bart (voice of Nancy Cartwright) to sabotage Allison's presentation. Meanwhile, Homer (voice of Dan Castellaneta) finds 100 pounds of sugar lying by the side of the road after a truck crashes; Homer is convinced he's found a windfall that will earn him a fortune, while Marge tries to convince him you can't sell dirty sugar door to door. "Lisa's Rival" first aired on September 11, 1994. 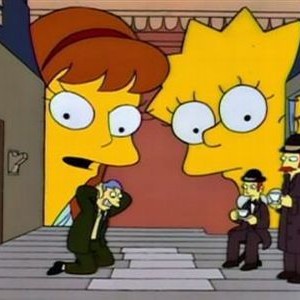