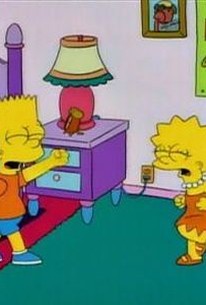 Lisa on Ice
The Simpsons Season 6

After the Springfield Schools institute a new "Academic Alert" policy informing parents if their children's grades are falling, Lisa Simpson (voice of Yeardley Smith) is the last student anyone would expect to merit a warning letter. But Homer (voice of Dan Castellaneta) and Marge (voice of Julie Kavner) are startled to learn Lisa may flunk out one of her classes -- gym. To make up for her PE classwork, Lisa is told she can join an athletic team, but she doesn't seem well suited enough for any school sports to make the cut. Bart (voice of Nancy Cartwright) is playing on a Little League hockey team, and one day at practice he starts throwing stuff at his sister. Lisa picks up a hockey stick and quickly bats the items away; Apu (voice of Hank Azaria), who coaches another team, sees Lisa in action and recruits her as their new goalie. With Lisa guarding the net, her team goes on a winning streak, and Bart notices his sports-minded father is showing Lisa a lot more attention than he's ever shown before. An intense rivalry grows between the kids, which is intensified when Lisa and Bart's teams are to face off for the league championship; Marge tries to convince her children that they don't need to compete for affection, while Homer urges them, "I want to see you both fighting for your parents' love!" "Lisa on Ice" first aired on November 13, 1994. 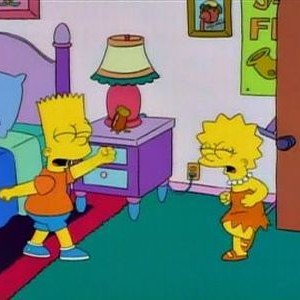