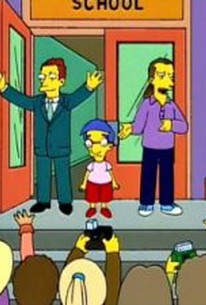 Even though this dark sci-fi drama comes from the brilliant mind of Chris Carter, Harsh Realm falters due to its stilted dialogue and overtly complicated premise.

Hollywood moguls and comic book fans everywhere are abuzz over the news that Radioactive Man is to be adapted into a major motion picture, and observers are surprised by two bits of news concerning the project -- Teutonic action star Rainier Wolfcastle (voice of Harry Shearer) has been cast in the title role, and the producers have chosen to shoot the entire film on location in Springfield. Bart Simpson (voice of Nancy Cartwright), an ardent Radioactive Man fan, hears there will be an open call to find a young actor to play youthful sidekick "Fallout Boy," and considers himself a cinch to win the role. However, the part instead goes to Bart's close friend Milhouse (voice of Pamela Hayden), who isn't even certain he wants it. Milhouse's dissatisfaction with his new stardom grows, and one day he disappears; Bart sets out to find him and convince him not to pass up the chance of a lifetime. Meanwhile, Mayor Quimby (voice of Dan Castellaneta) busies himself by creating a wide variety of new taxes to levy against the film's production team. "Radioactive Man" also features a cameo by Mickey Rooney, who plays himself trying to convince Milhouse to finish the film; the episode first aired on September 24, 1995. 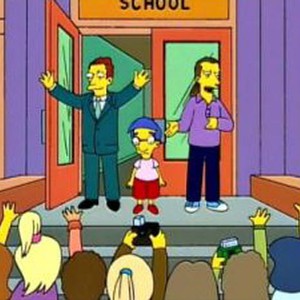