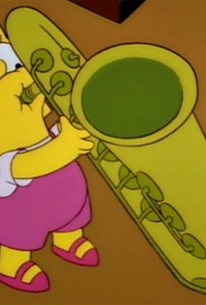 Bart Simpson (voice of Nancy Cartwright) has grown tired of listening to his sister Lisa (voice of Yeardley Smith) practice her saxophone, but she doesn't feel like stopping for the day; a fight breaks out between them, and the sax flies out the window, where it's soon crushed by a truck. Lisa becomes despondent, and Marge (voice of Julie Kavner) and Homer (voice of Dan Castellaneta) share the story of how she picked up the instrument in the first place. Years ago, Bart was starting kindergarten and was having trouble fitting in with the other kids; they took him to see child psychologist Dr. J. Loren Pryor (voice of Harry Shearer), and Pryor quickly realizes that Lisa is a gifted child. Pryor suggests Marge and Homer send Lisa to a pre-school for children of above-average intelligence, but they discover there's no way they can afford it. Someone suggests they could encourage Lisa's creativity by getting her a musical instrument, but Homer isn't eager to spend the money he'd earmarked for an air conditioner on his daughter. Meanwhile, Bart makes an important discovery that sends him on a long path of proving bad attention is better than no attention at all. "Lisa's Sax" was first aired on October 19, 1997, and featured a brief voice cameo from Fyvush Finkel, who is shown playing Krusty The Clown in a made-for-TV movie. 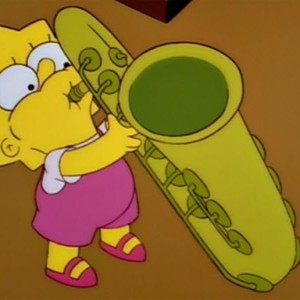