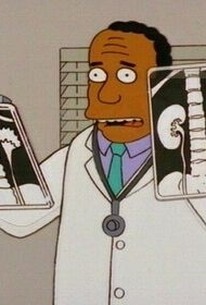 Homer Simpson (voice of Dan Castellaneta) treats the family to a day at "Bloodbath Gulch," a Wild West Show complete with saloon, and Grandpa (also voiced by Castellaneta) enjoys several sarsaparillas while the family watches the phony shoot-outs. On the way home, Grandpa suddenly needs to use the bathroom, but Homer ignores his pleas, and Grandpa's kidneys literally explode. Grandpa needs a new kidney and fast, and Homer is persuaded to donate one of his. However, once Homer learns that donating an organ could possibly be dangerous, he gets cold feet, and when his homemade mechanical kidney (made from a whistle and a beer can) is deemed inadequate, Homer skips town. As Grandpa's life hangs in the balance, Homer boards a tramp steamer, where he meets "The Lost Souls," a band of desperate men and women who have abandoned responsibility and consequence for a rootless life at sea. "Homer Simpson In: 'Kidney Trouble'" first aired on December 6, 1998. 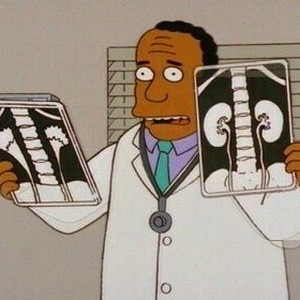