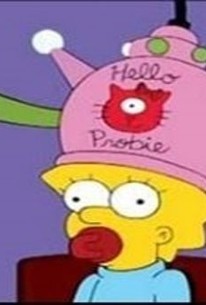 Two of the great simpletons of contemporary popular culture, Homer Simpson and Forrest Gump, come together in this "clip show" built around highlights from past episodes of The Simpsons. Homer (voice of Dan Castellaneta), waits in the park and chats with strangers as he waits to attend a tribute "roast" being held in his honor at the Springfield Friar's Club. On the dais, a number of Homer's friends, family and acquaintances share stories of the many foolish but entertaining things he's done over the years, but the event takes a turn for the worse when Kang (voice of Harry Sheared) and Kodos (also voiced by Castellaneta), a pair of predatory space aliens, arrive and announce they have come to destroy the world. Demanding one good reason to spare the humans of Earth, Springfield's most eminent citizens have a hard time coming up with an answer until someone turns to baby Maggie Simpson. "Gump Roast" first aired on April 21, 2002. 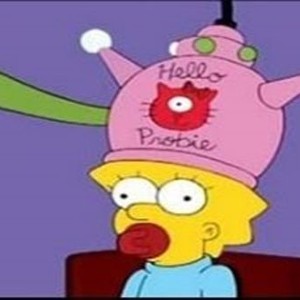