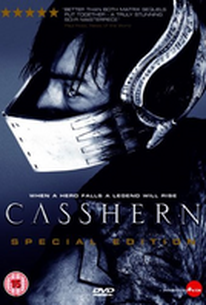 A genetic discovery that could prove mankind's saving grace is instead used to create the very beings who threaten their existence in director Kazuaki Kirya's visionary sci-fi epic. The time is the late 21st Century; fifty years of war between Europa and the Eastern Federation have left the planet devastated and the human race completely dispirited. In the aftermath of the Eastern Federation "victory," a new federation known as Eurasia is born. But the planet has been ravaged beyond the point of repair by nuclear, chemical, and biological weapons, and a half-century of warfare has taken a devastating toll on all mankind. At first, it appears that salvation is imminent when a highly respected geneticist named Azuma announces the discovery of a so-called "neo cell" that can rejuvenate the human body without risk of rejection. Mankind's last hope threatens to become its ultimate downfall, however, when nature and science combine to create a menace that could very well extinguish the human race forever. Now, as the human race prepares to make its last stand against the ultimate enemy, a powerful warrior will emerge to fight for mankind and provide hope for future generations. ~ Jason Buchanan, Rovi