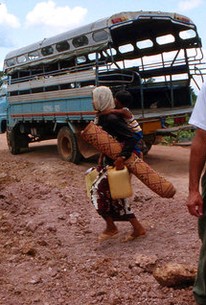 Sergio Vieira de Mello was a United Nations' envoy who devoted spent much of his adult life to doing the right thing under difficult circumstances -- he struggled to bring peace to Bosnia and Croatia, was the first U.N. representative to negotiate with the Khmer Rouge in Cambodia, and when East Timor struggled to become an independent democracy after breaking off ties with Indonesia, Vieira de Mello was there to help them. However, some Islamic fundamentalist leaders were profoundly offended by the United Nations' support of independent East Timor over primarily Muslim Indonesia, and this made both Vieira de Mello and the U.N. targets of Al Qaeda, with one of the terrorist group's representatives calling for Vieira de Mello's death. While the George W. Bush administration showed little respect for the United Nations, they were impressed with Vieira de Mello and his record, and after intense lobbying from Condoleezza Rice, Tony Blair and Kofi Anaan, Vieira de Mello accepted a position he once rejected as too dangerous even for him -- United Nations' Ambassador to Iraq. Vieira de Mello's fears proved to be well founded, and on August 9, 2003, a terrorist attack on the U.N. offices in Baghdad claimed his life. Filmmaker Greg Barker paints a telling portrait of a diplomat who made a difference and the private life behind his public accomplishments in the documentary Sergio. Adapted from Samantha Power's biography Chasing The Flame, Sergio received its world premiere at the 2009 Sundance Film Festival.

There are no featured audience reviews for Sergio at this time.