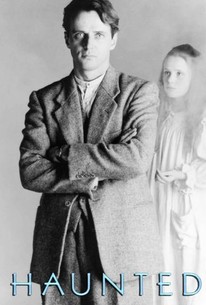 Adapted from the novel by James Herbert, this subtle, melancholy British chiller owes a great deal to Henry James's The Turn of the Screw. The story opens with a chilling prologue in 1905 England, in which a young boy fails to prevent the accidental drowning of his sister. As a young man, David (Aidan Quinn) is still tormented by guilt and remorse. After several years in the United States, David returns to England to continue his work researching and debunking claims of the supernatural. His latest investigation into the alleged haunting of Edbrook Manor -- at the behest of the Marriell's family nanny, Tess (Anna Massey) -- introduces him to the eccentric company of the lovely Christina Mariell (Kate Beckinsale) and her brothers Robert and Simon (Anthony Andrews and Alex Lowe). Despite repeated warnings from Tess that mischievous spirits are at work, David refuses to concede that the house is haunted -- until the angelic vision of his drowned sister reveals the true nature of his strange hosts. The rich period setting lends a classy Merchant Ivory touch to the film, and the high production values indicate the guiding hand of executive producer Francis Ford Coppola, but the performances are a bit too cold and detached to provide any legitimate tension. Fans of the classic 1961 film The Innocents will not find the central mystery particularly challenging.

Emily Hamilton
as Mary
View All