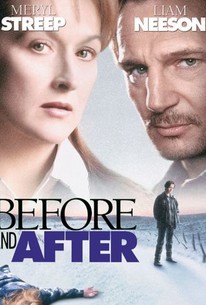 Before and After Ratings & Reviews Explanation

Before and After Photos

A family nearly comes apart after their teenage son is accused of murdering his girlfriend in this melodrama. Up until then, the Ryans had seemed a normal, happy clan with mother Carolyn a successful pediatrician and father Ben a prominent sculptor. The nightmare begins when the bloody corpse of a teenage girl is discovered in a snowy field. Knowing that the Ryan's son Jacob was on a date with the victim the night she died, the policemen come to their house to question him. Ben, without thinking, immediately and violently defends Jacob's innocence. Unfortunately, Jacob has apparently taken off. Though Carolyn wants to believe her son is innocent, she also wants to know the truth and wants the matter to be taken care of in accordance to the laws. Ben will do anything to protect his son and when he finds potentially damning evidence in the car, he doesn't think twice about destroying it. Over a month later, he finally returns. He is so traumatized that he can barely speak, move or eat. Eventually, Ben is able to coax the truth from his son. To help their boy, the Ryans hire a prominent lawyer, Panos Demeris. Back at home the family becomes increasingly divided as the trial date draws nearer and nearer.

John Deyle
as Doctor No. 1

Robert Westenberg
as Journalist No. 1

Susan May Pratt
as Journalist No. 2
View All

Critic Reviews for Before and After

Audience Reviews for Before and After

Before and After Quotes