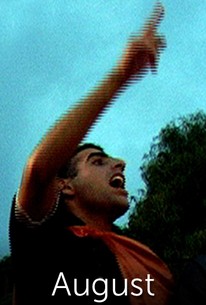 Distinguished actor Sir Anthony Hopkins makes his debut as a full-blown auteur, having directed, starred and composed the score with this version of Chekov's enduring Uncle Vanya. Hopkins sets his Vanya in his beloved Wales, but keeps the rest of the story, as adapted by Julian Mitchell, largely intact. Ieuan Davis has spent most of his wasted life managing the highly respected Professor Blathwaite's estate. Ieuan's brother-in-law, Blathwaite only comes for the summer and this year brings his second wife along, someone that both Iuean and the normally impeccably principled Dr. Lloyd find irresistibly attractive. Up until that summer, Ieuan had been content to remain in life's shadows, but recently has undergone a bit of a life crisis as he looks back upon his lack of achievement. The presence of the wife, Helen, brings his resentment of Blathwaite to a head and during Iuean's frequent bouts of drinking and angry exhortation and an almost-confession of love to Helen, he contemplates both murder and suicide. Meanwhile, his homely niece Gwen continues her secret yearning for the good-doctor while Blathwaite's slightly-addled, but ever-loyal butler dotes on his master and the portly cook bemusedly observes the chaos around her.

Dylan Thomas
as Groom
View All

There are no featured audience reviews for August at this time.