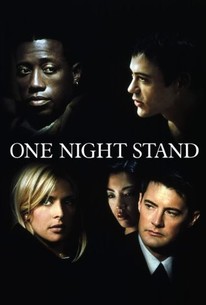 A man's brief fling threatens to ruin what he values most in life in this drama. Max Carlyle (Wesley Snipes) lives in California, where he has a successful career directing television commercials and is happily married to Mimi (Ming-Na Wen), with whom he has two children. While visiting New York City, Max meets Karen (Nastassja Kinski) by chance after missing a flight; circumstances keep bringing them together over the course of the evening, and they end up spending the night making love. When he returns home, Max seems distant and unhappy, though Mimi can't tell why and Max won't say. A year later, Max and Mimi fly to New York to visit his close friend Charlie (Robert Downey, Jr.), who is in the last stages of an AIDS-related illness. Max meets Charlie's brother Vernon (Kyle MacLachlan) and is introduced to his new wife -- Karen. Facing Karen sends Max into an emotional tailspin, and he realizes that he must tell Mimi the truth about his indiscretion. Writer/director Mike Figgis adapted One Night Stand from a screenplay by Joe Eszterhas, though Figgis' changes were so extensive that Eszterhas chose to remove his name from the project.

Oscar Colon
as Delegate in Line

Can Man
as Himself
View All

Critic Reviews for One Night Stand

Audience Reviews for One Night Stand