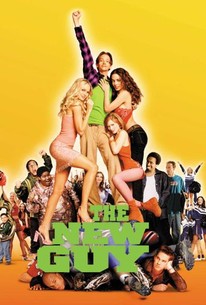 Former Prada model and Road Trip co-star D.J. Qualls makes a bid for leading man status in this nerd-makeover comedy. Qualls stars as Dizzy, a dorky but delinquent high school student who's determined to get expelled from his hellish high school -- but ends up landing in jail instead. There he meets the intimidating, street-smart Luther (Eddie Griffin), himself a former geek, who takes Dizzy under his wing to teach him the art of being cool. Soon Luther and his pals have broken Dizzy of his meek, maladroit ways, and Dizzy is ready to start a new life at a new high school under a new name: Gil Harris. When Gil arrives at East Highland High -- his former inmate reputation known to all -- he quickly ingratiates himself with the cool kids and lays to waste any jocks who stand in his way. He even manages to date the school's most coveted girl, Danielle (Eliza Dushku). But when a face from his past shows up, it seems that his facade as the big man on campus may be about to crumble. The New Guy also stars Zooey Deschanel and Lyle Lovett, and features cameos from rockers Henry Rollins, Gene Simmons, and Tommy Lee.

Tony Hawk
as Himself

Tommy Lee
as Himself

Meredith May
as Cheerleader

David Hasselhoff
as Himself
View All

Critic Reviews for The New Guy

Audience Reviews for The New Guy