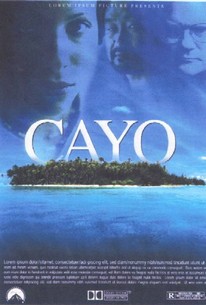 As young children, Ivan, Julia, and Kike were inseparable. Later, after being separated by circumstance for many years, this former "tripleja" is reunited and compelled to reconcile their lives despite the differences that now divide them. There was a time when Ivan, Julia, and Kike lived on the Puerto Rican island of Culebra, and spent most of their time frolicking among the lush vegetation. Ivan and Kike had become blood brothers after Kike saved Ivan from drowning, but that didn't them from competing for the affections of the lovely Julia. Eventually, Ivan is drafted and sent to Vietnam, bringing Julia and Kike to grow closer than ever before. Yet despite an intimate encounter between the pair, Julia pines for Ivan and is heartbroken to receive news that he is missing in action. Much to Julia's surprise, Ivan eventually returns and the couple is quickly married. While Ivan and Julia attempt to start a new life in New York City, the war has taken its toll on Ivan and the recurring nightmares drive the haunted veteran to first hit the bottle, and then his wife. Eventually making the decision to mend his ways for the sake of Julia and his small children, Ivan is diagnosed with terminal cancer and makes the decision to return to Culebra so that he may die in peace. Upon arriving in their old hometown, however, Ivan and Julia discover that Kike has become an embittered alcoholic, and that his daughter Aidita is a hardcore drug addict. Despite the fact that Ivan can only think about dying, he soon takes a job helping addicts that finds him frequently venturing out to local islands by boat. One island in particular, a small mass of land known to the locals as Cayo, seems to have a mysterious and profound affect on Ivan's health. Now, as Kike reveals a longstanding secret about Julia's oldest son and federal authorities attempt to block Ivan from returning to Cayo, these three former friends will find out that it's never too late to set the record straight. ~ Jason Buchanan, Rovi

There are no critic reviews yet for Cayo. Keep checking Rotten Tomatoes for updates!

There are no featured audience reviews for Cayo at this time.