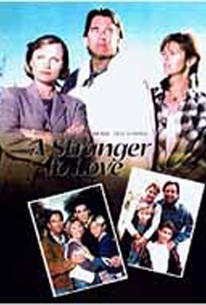 A Stranger To Love

A Stranger To Love Photos

Based on a true story, the made-for-TV A Stranger to Love stars Beau Bridges as Allan Grant, a reasonably happy Omaha man with a wife (Tess Harper) and two sons. Attacked by muggers and left for dead, Allan awakens with no memory of his past life--or even his name. Wandering from town to town, he ends up living on the streets of Tucson, Arizona, where he is helped by Andie (Pam Dawber), a single mother who works at a local restaurant. Andie arranges for Allan to get a kitchen job, where he exhibit a remarkable talent for whipping up tasty and exotic dishes. Ultimately, he becomes the highly sought-after chef of the Class-A motel owned by Andie, with whom he has fallen in love. Allan's "second life" then slowly but surely begins to unravel when his memory starts to return. Intelligently and realistically handled,the story comes to a sobering climax, wherein the protagonist realizes that, no matter which way he turns, someone he loves will be hurt beyond measure. A Stranger to Love was first broadcast by CBS on March 24, 1996.

John Simpson
as Simpson
View All

Critic Reviews for A Stranger To Love

There are no critic reviews yet for A Stranger To Love. Keep checking Rotten Tomatoes for updates!

Audience Reviews for A Stranger To Love

A Stranger To Love Quotes