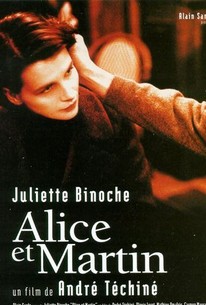 In this romantic French drama, auteur Andre Techine offers an intense, intimate look inside the complex relationship between two emotionally dysfunctional people. Neither Alice (Juliette Binoche) nor Martin (Alexis Loret) seem emotionally healthy enough to sustain a relationship, but somehow they manage to stay together amidst their many personal problems. The two met in Paris, where Martin fled after escaping the oppression of his recently deceased tyrannical father. Once in the City of Light, the depressed Martin attempts suicide and later accepts an offer to stay with his half-brother Benjamin (Mathieu Amalric) and his roommate Alice, a violinist, in their ramshackle garret. Shortly thereafter, Martin is spotted by a modeling agent and finds steady work on the city's catwalks. At first, Martin and Alice do not get along. He is brutish and incapable of expressing emotion. He pursues her, but Alice is not terribly interested, until her sexual frustration and need to be loved gets the better of her, and she succumbs to his advances. She then decides to leave Benjamin and travel with Martin to a modelling assignment in Granada, Spain. There the two are briefly happy, but as time passes, Martin's self-absorption increases. Alice's announcement that she is pregnant precipitates a crisis in which Martin reveals that he caused his father's death. Unable to bear the guilt and pain any longer, he commits himself to a mental institution and then requests he be given his day in court. Alice is convinced that Martin is innocent of the crime with which he has charged himself. When he insists on going to court, she goes there to save him from himself.

There are no featured audience reviews for Alice et Martin at this time.