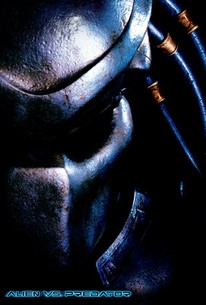 Gore without scares and cardboard cut-out characters make this clash of the monsters a dull sit.

Directed by Paul W.S. Anderson, Alien vs. Predator follows billionaire Charles Bishop Weyland (Lance Henriksen) and his team of drillers, scientists, and archaeologists, to an obscure pyramid site in Antarctica. Among the icy ruins, allegedly, lies the proof of an empire predating humankind. Once there, however, the group finds more than ancient sarcophaguses and hieroglyphics; rather, their discovery consists of dismembered human skeletons and fossilized remains of the alien creatures that appear to have violently burst out of their chests. Even more horrifying is the evidence suggesting that the aliens may still exist. Indeed, there are aliens below the pyramids, but an equal threat looms above: three Predators, all on the verge of manhood, are engaged in a gruesome rite of passage -- every hundred years, young Predators must travel to Earth and take on a hunting ritual in order to complete the transition to adulthood or die in the process. Before long, the humans find themselves battling for their own lives as the Predators and aliens continue their fight for superiority. The film also features Sanaa Lathan, Raoul Bova, Ewen Bremmer, Colin Salmon, and Agathe de la Boulaye.

Liz May Brice
as Supervisor