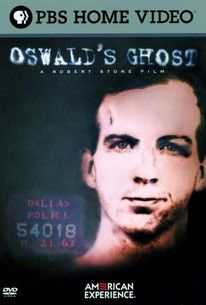 For the Baby Boomers, the assassination of President John F. Kennedy took on the same sense of tragedy as the September 11, 2001 terrorist attacks did for Generation Y -- not only for the effect that it had on the nation's morale but for the conspiracy theories that would follow in its wake as well. In the aftermath of the assassination, President Lyndon B. Johnson plunged the country into a divisive and questionable war in part due to paranoia, thus creating an atmosphere of distrust and disillusionment that would linger for decades to come. Later, following the assassinations of Martin Luther King Jr. and Bobby Kennedy, President Richard M. Nixon's flagrant abuse of power seemed to be the final nail in the coffin of American idealism. In this documentary, acclaimed filmmaker Robert Stone (Guerrilla: The Taking of Patty Hearst) speaks with such renowned figures as Norman Mailer, Edward J. Epstein, Tom Hayden, and Gary Hart in order to explore the malaise that still lingers since the Kennedy assassination while drawing telling parallels between that pivotal event and the aftermath of the September 11th tragedy.

Critical Consensus: Awake Not Screened For Critics
View All

There are no featured audience reviews for American Experience at this time.