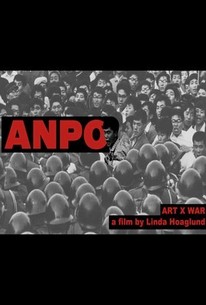 In 1960, the Japanese legislature passed the Treaty of Mutual Cooperation and Security Between the United States and Japan, known in Japan as ANPO. The treaty was a long-term extension of a 1951 security agreement that allowed American military forces freedom in establishing military bases in the country; while the treaty as wildly unpopular with the Japanese people, it was passed through the efforts of politicians who didn't wish to upset the United States, including some who are thought to have feared being charged with war crimes stemming from their actions during World War II. Well into the 21st century, ANPO is still in effect, and many in Japan are still speaking out against it, especially in the aftermath of occasional scandals involving the activities of American troops. American filmmaker Linda Hoaglund examines the long-simmering battle between Japanese citizens, their government, and the U.S. armed forces in the documentary ANPO: Art X War. The film puts a special emphasis on how ANPO has been reflected in the work of Japanese artists, who have used their opposition to the treaty as the basis for politically charged paintings, sculptures, graphic art, and movies. ANPO: Art X War was an official selection at the 2010 Toronto International Film Festival.

There are no critic reviews yet for ANPO: Art X War. Keep checking Rotten Tomatoes for updates!