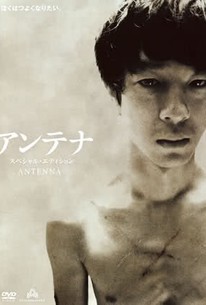 Tales of a missing girl returned to her family years after being kidnapped flood the news. Yuichiro (Ryo Kase), a college student, returns home one day to find his little brother, Yuya (Daisuke Kizaki), sleeping on his doorstep. Yuya has come to tell Yuichiro that Marie will be coming home soon. Marie is Yuichiro's little sister who disappeared when they were both young children. The entire family was devastated. Mother (Megumi Asaoka) essentially went mad, calling in psychics and Feng Shui experts, and turning to religion in a desperate effort to find Marie, while Yuichiro's uncle, who lived with the family, committed suicide, and his father died shortly thereafter. Yuichiro returns home, where he learns that his mother has forced his little brother Yuya, who feels a mystical bond with the missing girl, to take the place of Marie, even wearing her clothes. Yuichiro decides to hire a psychic investigator, Soma (composer Ryudo Uzaki), who sees a strange connection between Marie's disappearance and the big power antenna near the family's home. Meanwhile, ostensibly doing "research" for a paper, Yuichiro goes to visit Naomi (Akemi Kobayashi), a dominatrix. He soon becomes obsessed with her and her abuse, lovingly meted out; it helps him uncover the emotional trauma of his own involvement with Marie's disappearance. Antenna is based on a popular novel by Randy Taguchi. The film was directed by Kazuyoshi Kumakiri and had its U.S. premiere at Subway Cinema's 2004 New York Asian Film Festival. ~ Josh Ralske, Rovi

Megumi Asaoka
as Mother
View All

There are no critic reviews yet for Antena (Antenna). Keep checking Rotten Tomatoes for updates!

There are no featured audience reviews for Antena (Antenna) at this time.