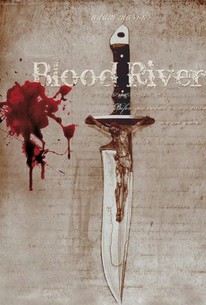 A young couple driving from California to Arizona to announce that they are expecting a baby are forced to contend with a malevolent stranger after getting into a near fatal car accident in this desert-bound shocker from Adam Mason, co-director of the 2006 indie thriller Broken. The year is 1969, and happily married California couple Clark and Summer have just found out that Summer is pregnant. Excited to share the good news with Summer's parents in Arizona, the couple packs up their car and heads out on the highway. Later, as they make their way through the barren and sun scorched desert, the couple is nearly killed when they experience a blow out and their car goes careening out of control. Though both have been badly injured in the accident and Summer is terrified for the health of her unborn child, they cautiously make their way to an abandoned nearby town known as Blood River. While there isn't a soul to be found in Blood River, a mysterious figure named Joseph suddenly appears out of nowhere, instantly challenging Clark while instigating a tense and deadly confrontation.