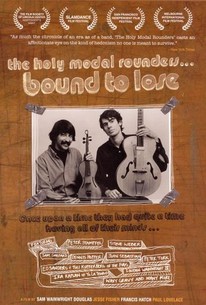 Filmmakers Paul Lovelace and Sam Wainwright Douglas invite viewers to follow the tale of two true American originals in this documentary detailing the collaboration between fiddler Pete Stampfel and guitarist Steve Weber -- aka the Holy Modal Rounders. It was during "The Great Folk Scare" of the early 1960s that these two eccentric souls collided in New York's Greenwich Village, and their partnership was soon solidified thanks to a mutual appreciation for American roots music and early psychedelia. But this was only the beginning, because over the course of the next four decades Stampfel and Douglas would exist on the fringes of the music industry while gaining a steady cult following. From their work on the Easy Rider soundtrack to the lost years and ultimately a shot at redemption in the form of a 40th anniversary concert in Portland, OR, this is the story of the American outlaw subculture at its most volatile and luminous. Special appearances by Dennis Hopper, Sam Shepard, Loudon Wainwright III, John Sebastian of the Lovin' Spoonful, and Peter Tork of the Monkees give testament to the endless influence of a duo that beat the odds to endure for four decades and counting.

Critic Reviews for Bound to Lose

Audience Reviews for Bound to Lose